Belmond’s first Catholic Church was built in 1871 under the supervision of Father Peter O’Dowd, stationed at Ackley. A frame structure church, it stood on the corner of Second Street and Fifth Avenue Northeast. Prior to building of the church, Father O’Dowd visited the parish for over a year and was in the custom of celebrating Mass in the homes of parishioners David Finn, Nick Johnson, Sr. and James Welsh. 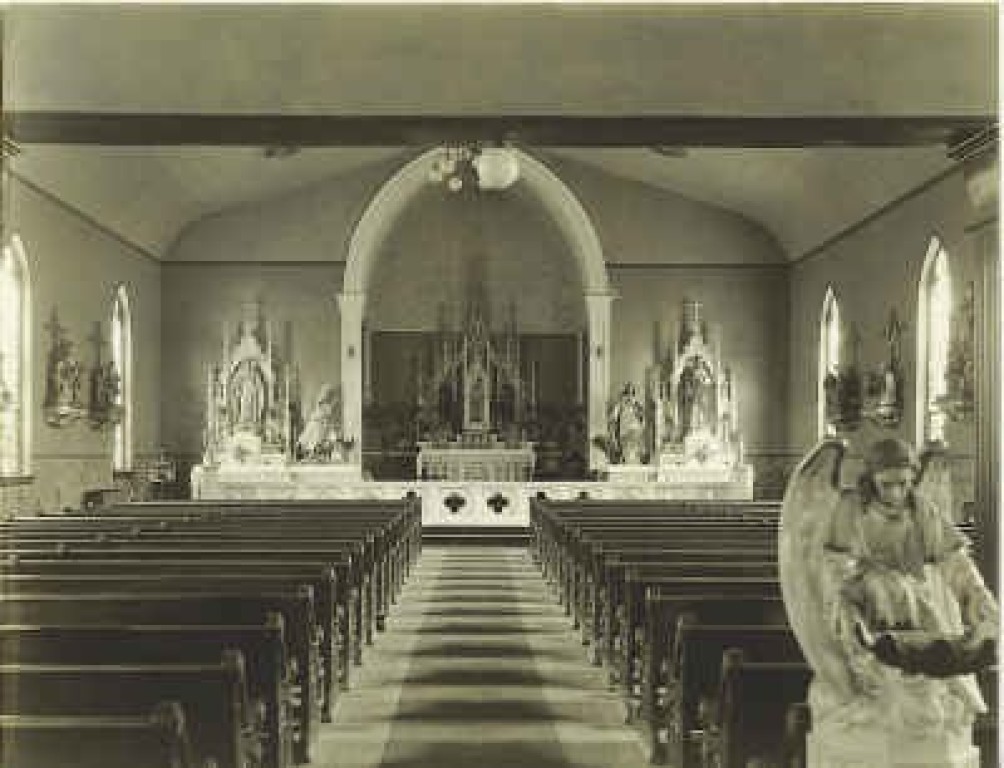 Once the church was built, Fr. O’Dowd visited the parish with regularity until 1875, when the parish began to be served by pastors from Webster City; first Fr. Eugene O’Keefe until 1881, then by Fr. James T. Brennan until the arrival of Belmond’s first pastor.

The first resident priest was Fr. John J. Hanley, arriving in 1883 and serving for six months. In the fall of 1883, Fr. John W. Toohill became pastor and purchased a house to be used as a rectory. During his pastorate, Thomas Barry became the parish’s first candidate for priesthood. He was ordained December 17, 1894 and served Iowa parishes until his death in 1932. He is buried in the St. Francis Xavier Cemetery. In the history of the parish, five women entered the convent and four men were ordained into the priesthood. 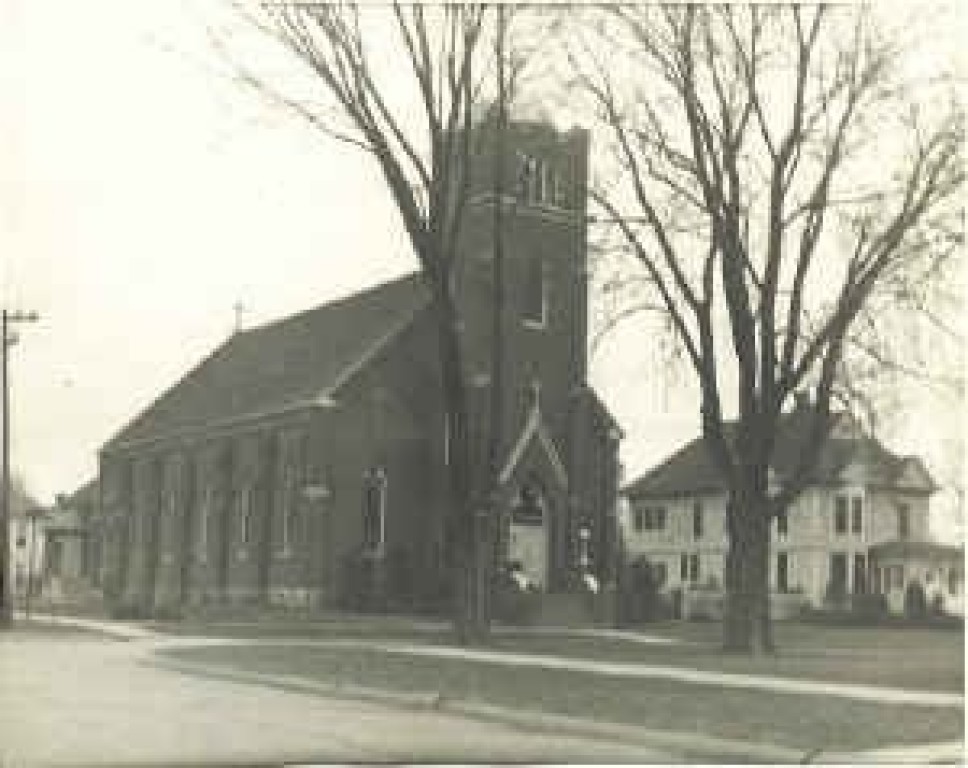 Fr. John Eagan was appointed pastor on April 15,1888. He supervised the building of the second church, which was dedicated on April 19, 1900, when there were about 300 members of the parish. This church stood until a tornado damaged it extensively in 1966. In 1968, under the direction of their new pastor, Fr. Alvan Heuring, the parish merged with the mission church of Goodell, and the current complex, located on five acres at the corner of Third Street and Luick Lane was built and dedicated in 1971.

Fr. David Beckman became pastor in July of 1999 when St. Francis Xavier was clustered with St. John in Clarion and Sacred Heart in Eagle Grove. From that point, Fr. Chris Podhajsky came to oversee the cluster in 2005. Construction began on a new entryway in spring of 2008 and was completed that fall  In July 2008, Fr. Nils Hernández arrived at the Cluster, established a Cluster office and several Cluster programs.  In 2014, Fr. Jerry W. Blake was appointed pastor of the Holy Family Clsuter.  He is assisted by Deacons Mike Whitters and Pedro Gracia as well as a full staff and volunteers.